In February 2014 MtGox, one of the oldest Bitcoin exchanges, filed for bankruptcy protection. On March 9th a group posted a data leak, which included the trading history of all MtGox users from April 2011 to November 2013. The graphs below explore the trade behaviors of the 500 highest volume MtGox users from the leaked data set. These are the Bitcoin barons, wealthy speculators, dueling algorithms, greater fools, and many more who took bitcoin to the moon.

Barons are characterized by their early start in the market followed by big sells at higher prices. Initial trades with many sells suggest the user mined bitcoin before entering the Gox market. 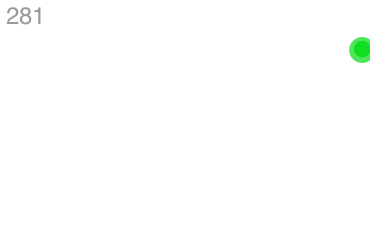 The mark of the Greater Fool is a lonely green patch where the price is highest. Some of these may be investment groups encouraged by the Bitcoin Senate Hearings in November 2013. 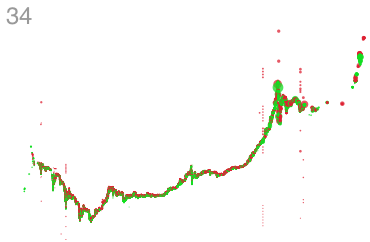 Glitch in the System

User 15 purchases large volumes of bitcoin at seemingly random prices. Why do so many traders sell at low prices to User 15? Why does User 15 buy at astronomically high prices? Are these faulty trades or an algorithm gone mad?